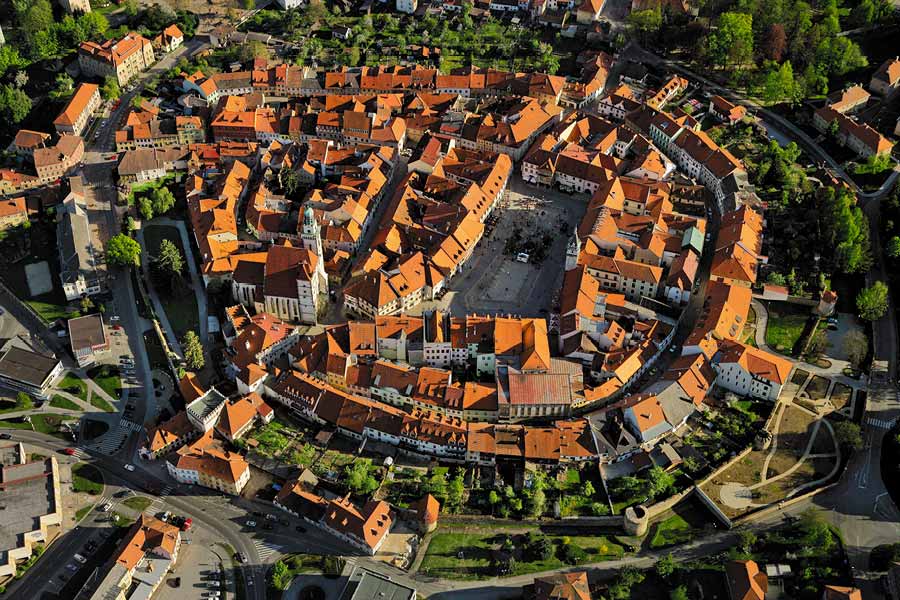 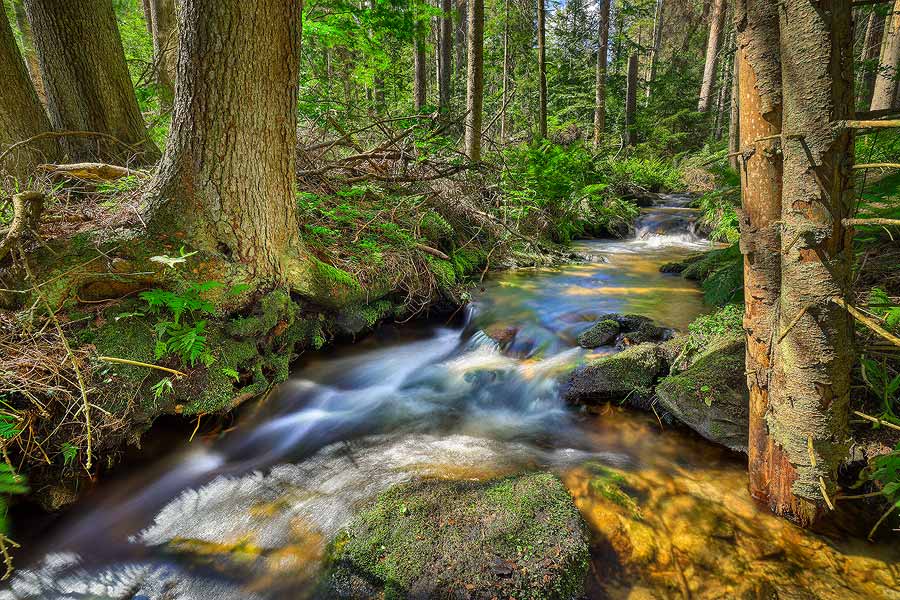 Monuments and Memorial Sights of Prachatice

We enter the Old Town through the massive Lower Gate (Dolní brána). The gate comes from the 16th century and is also known as Písek Gate. It was part of the city‘s former Medieval fortification system. Notice the loft merlins with pinnacles on the gates. Above the entrance, the gate is decorated with a painting of the Rožmberk Rider, with a Latin inscription added that celebrates the glorious bloom of the city during the rule of the Rožmberks. Also worth mention are the preserved capstans through which the chains of the drawbridge passed through. After passing through the vaulted inner area, you will notice that the gate is actually doubled. Look up at the ceiling of the second inner gate, actually the older one, and you will see remnants of wall paintings from the 15th century. On the left, there is also a wooden picture of the Calvary.

Entrance to the Old Town also used to be possible through a second gate, known as Pasovská (Passau). This gate was torn down in 1859. Part of its stone decorative elements can be seen today in the atrium of the Old Town Hall on the square.

To the left of the gate, our attention is immediately caught by the richly decorated house No. 29. The building‘s present appearance comes from the Renaissance reconstruction from 1557. The house is known by its original owner, Heydl, whose name is inscribed into the facade. The building features exceptionally intricate sgraffito decoration, also featuring unusual tapered block and figural and ornamental motifs. The merlons are also notable, finishing the attic gable. The historical atmosphere of the house is given its final touches by the upper part of its facade, lightly “wavy” and extending into the street.

Church of St. Jacob the Greater

From the Heydl House, your steps will naturally lead you to the massive building of the Late Gothic dean‘s church of St. Jacob the Greater, the patron of merchants and traders. The church bears a 53 meter high tower and has been the dominant feature of Prachatice for over half a millennium – it was completed after nearly two hundred years of construction, in 1500. Construction began shortly after Prachatice was founded, evidently at the beginning of the 14th century. This is the period from which we receive the presbytery, the oldest part of the church. In 2007–2009, the wall paintings in the presbytery were revealed and gradually restored. The oldest of the paintings comes from the 1440‘s. Part of the church is also the chapel, consecrated to St. John N. Neumann in 1993. The structure was originally supposed to have two towers, but only one was finally completed – this might have been intentional, so as not to block the view from one of the towers. The tower has changed its appearance several times over the centuries, and the present appearance is the result of repairs after the fire of 1832. Several changes were made to the building plans over the course of the church‘s construction, partly due to the several fires that damaged the church while it was still partially built.

Inside the church, your attention will be drawn to the net vaulting from the beginning of the 16th century, giving this massive structure a surprisingly fragile and light impression. The construction of the ceiling truss is also original, from the 15th century. It is interesting to note that this was built without using a single nail. The church‘s main altar was created in 1653 by the woodcarver Jan Webr from Kašperské Hory, and the organ from the 15th century is also valuable.

The church tower has been open to visitors since 2006, and during good weather, the ascent up the tower is well worth the effort. After conquering 157 steps, you will find yourself at a height of 40 meters to enjoy a magnificent view of the entire Prachatice Old Town and the surrounding landscape.

Behind the church, on Děkanská Ulice at house No. 33, you will see what‘s considered the most beautiful sgraffito in town. It comes from 1563 and portrays the Lord‘s Last Supper.